This was a public statement issued as a poster at the University of the Witwatersrand (Wits) outlining the Anarchist Revolutionary Movement (ARM) position on the struggle in the universities at this time.  ARM was renamed the Workers Solidarity (WSF) a little later in the year.

Get the PDF here. 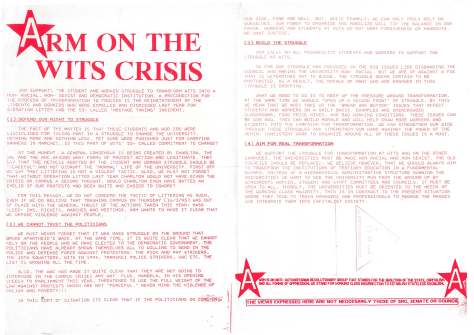