This was one of many texts produced by the Durban-based Anarchist Awareness League, but its not clear whether it was produced in the group’s initial incarnation (from 1993) or revival (from 1997). The group later became Zabalaza Books. More on its history is here.

Get the PDF here. 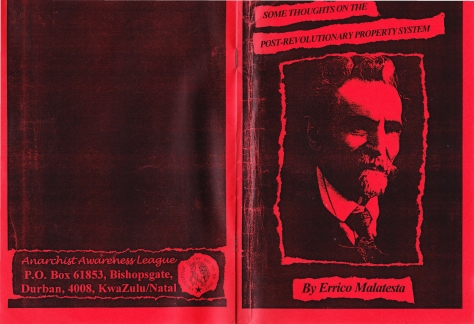