This was a poster was one a series produced by the Workers Solidarity Federation (WSF), in this case for recruiting members at the University of the Witwatersrand (Wits) in its opening (Orientation or “O”) week. WSF was the direct predecessor of today’s Zabalaza Anarchist Communist Front (ZACF). Scanned PDF is here. 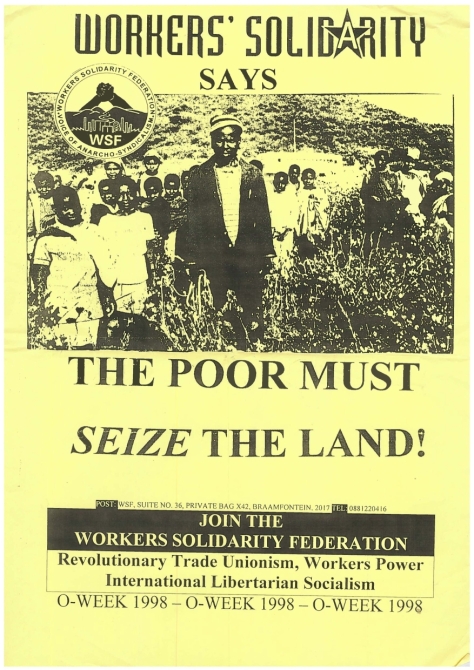