Below are complete copies of issues of Afrique Sans Chaines in which Zabalaza or ZACF material (in French, naturally) was carried. 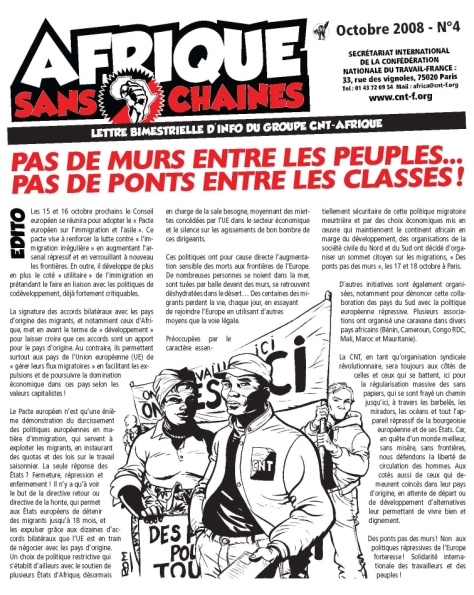 A copy of Issue 5 (no Zabalaza material) is here for reference.