A sign from the 1997 Workers Solidarity Federation (WSF) congress, held at the University of the Witwatersrand (Wits) in 1997. Notably this congress saw the WSF decide to focus on the trade unions. This meant, for both Durban and Johannesburg WSF sections, an end to most work on university campuses.  Student recruitment had previously been a major focus. “CB” refers to Central Block at Wits. 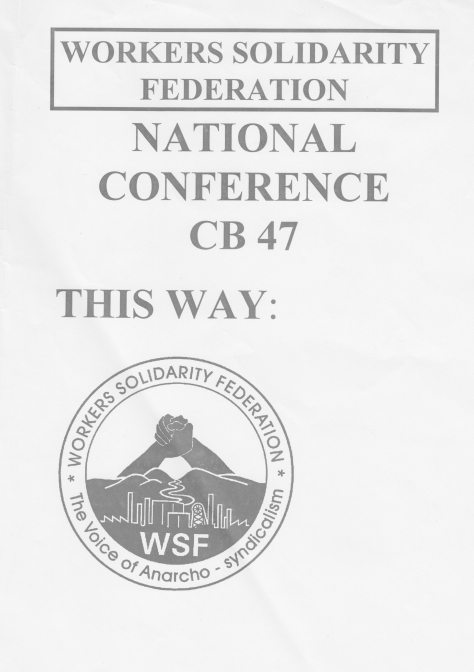